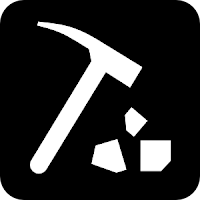 George is your typical high paced sales executive.  He is a no nonsense kind of guy that likes kicking butt and taking names.  He is a killer and one of the most successful sales guys at his company.

Or so it seems.

Inside George doesn’t view himself as a high-powered (and well paid I might add) sales hot shot.  He views his success as more luck than raw talent.  Those ataboys from his co-workers and seeing his name atop the company leader board doesn’t get him excited or motivated.  Lately all it does for him is make him sick.

You see, despite all of the outward appearances, George hates his job.  Loathes it in fact.  He only got into sales early in his career because he wasn’t qualified for much else.  Yes he was talented and because of that talent his job and his responsibility just kept getting bigger.  So did those paychecks which George has had no problem spending.  It’s enabled him to have the big house, the nice cars, the boats and all of the trappings of success.

And that’s exactly how he feels…..trapped!  In fact he describes his job to his wife as “breaking rocks.”  To him it’s as painful and as prison-like as one can get.

You see George longs for a different world where his life isn’t about selling anyone. He’d rather be helping people.  He is an unbelievably creative guy but when he tries to show that side of himself at work his boss just laughs and say, “Leave it to the branding and marketing guys to come up with that stuff George.”  Each time giving him the playful pat on the head and marching orders to go out and sell some more!

Perhaps you can relate to George.  Maybe not in the sales sense but in the “stuck in a rut” kind of way.  Maybe your job has you feeling like all you do is break rocks for a living.  You’re not alone, some studies suggest that over 65% of the American workforce would rather be doing something else for a living.  They would rather be in a job that allows them to truly expand upon their true raw talents and be in a position that is more in alignment with who they really are at the core.

So why don’t they leave and pursue other jobs you might say?  Well jobs are hard to come by these days and people are more or less handcuffed to their paychecks.  Like George they’re a chained dog sitting on the porch watching the world go by.  They want to run, they want to play, they want to chase that neighbor’s cat out of the yard but…they can’t.  That chain around their neck is holding them back.  That chain of money and responsibility weighs them down and kills their spirit a little bit more each day.

I ask you my faithful readers is that truly a life?  Is the paycheck and all the trappings it brings truly more important than you doing something you really love?  Don’t you want to live the life you were intended to live?

Let me just say if you can relate to George’s analogy of breaking rocks then you my friend need to do some serious soul searching.  Ask yourself what is it that you want to do for a living?  What is your passion?  Can you find a company that supports that?  Can you perhaps create your own company?  And…and this is a big one, ARE YOU WILLING TO TAKE A CHANCE?  Are you willing to set down that rock breaking hammer and go for it?

If not now, when?

Each of us only get one ride on merry-go-round, don’t waste your ticket.